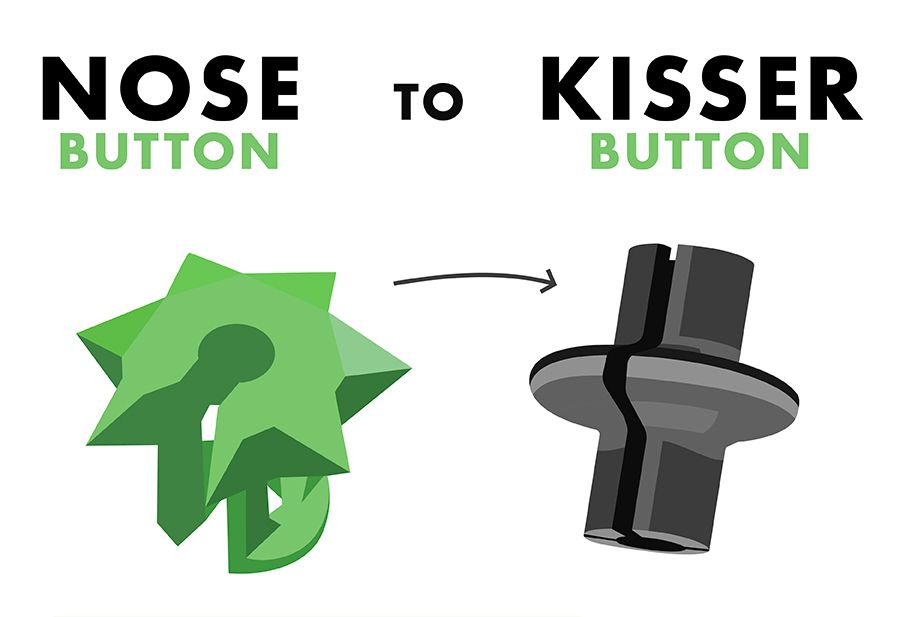 When you purchase the Bowmar Nose Button, you receive two different sizes of buttons – small and large. Even the bigger nose button only weighs in at 2.2 grains. If you have a kisser button, you slow the flight of your arrow down by 5 feet per second. Again, I show this whole process in my Bowmar Bowhunting YouTube video.

One of the most frequently asked questions I receive is “Can I use a Bowmar Nose Button and a kisser button together?” Luckily for you, every single package purchased comes with two nose buttons, meaning you can actually replace your kisser button with the large or small nose button.

On Bowmar Bowhunting’s YouTube channel, I show you how to safely turn the nose button into a kisser button.

You will want to install the nose button down and around where your kisser button goes. Draw back your bow and put it where you are able to line up the peep and the kisser.

Once you have figured out the perfect spot for the nose button, take a lighter and melt each spike. We designed the nose button out of high tensile-strength material that will not tear when you tie it on, BUT it will melt. Spike-by-spike you will heat it up then round it off with your finger. It is 100% your personal preference on how sharp you want the spikes, but I do not recommend making them too sharp if you’re wanting a kisser button.

Sidenote – I shot five feet per second faster while pulling back 70 pounds. If you are pulling lower poundage, this could have even greater effect on your arrow speed than it did for me!!

For all you kisser button users out there, I think this is the new thing.