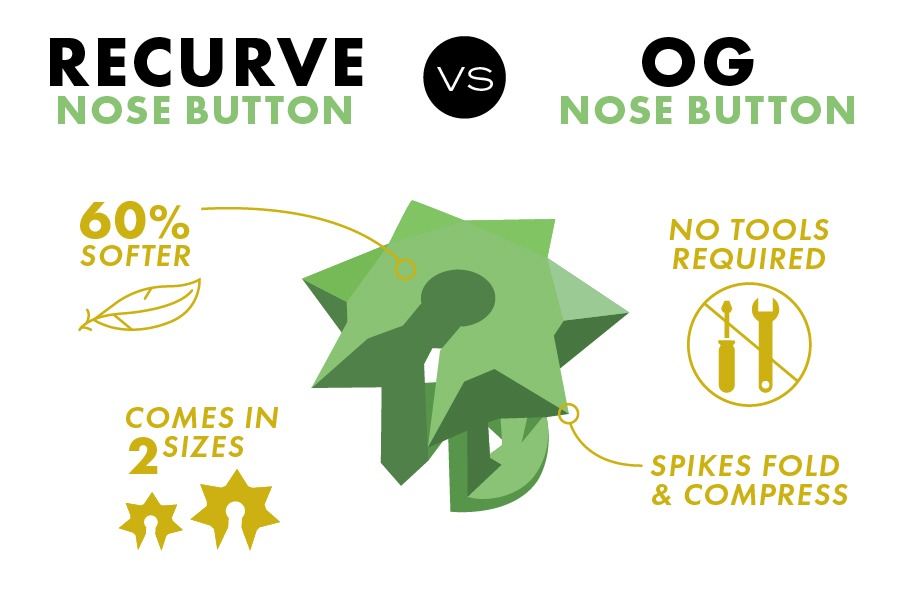 Hi guys, Josh Bowmar here! I am super excited to talk about the similarities and differences between our world-famous Bowmar Nose Button and our new Recurve Nose Button.

Here at Bowmar Archery, we have worked for two years making the perfect nose button, giving archers the most consistent anchor point. When you purchase the Bowmar Nose Button from Bowmar Archery, you receive two different sizes of nose buttons – small and large. Along with the buttons comes the serving you need to tie it onto your string.

Recently, we also came out with the new recurve edition of the Bowmar Nose Button. I and the team at Bowmar Archery worked with Brady Ellison, world record holder and olympic archer to develop a 60% softer nose button that doesn’t benefit just recurve shooters, but it benefits the average bowhunter as well.

Similarities between the OG and Recurve

Differences between the OG and Recurve

In my Bowmar Bowhunting video, Levi Morgan and Brady Ellison both tested out the Bowmar nose buttons. Click here  to see their testimony!

I would love to hear which nose button YOU prefer – the original or the recurve edition!