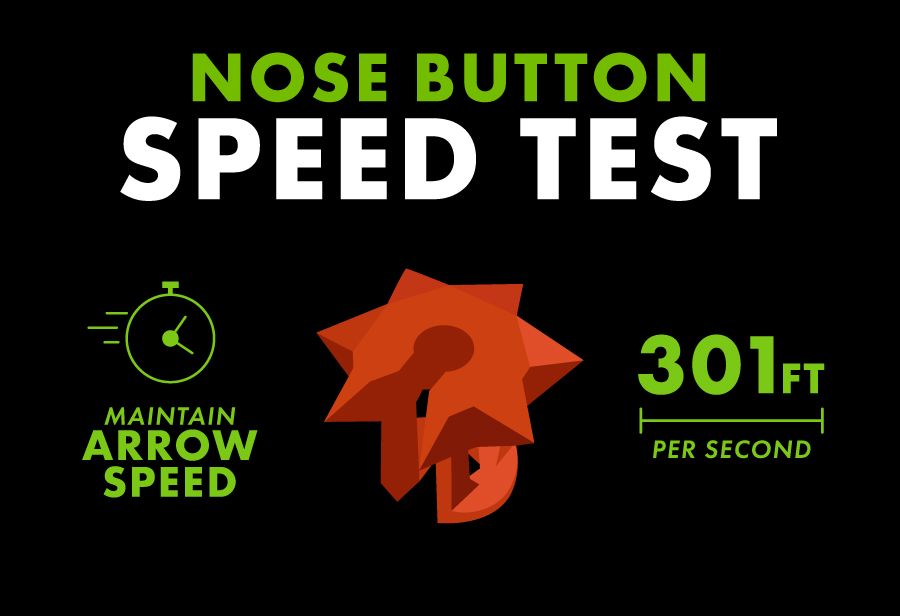 We did a test to see what effects the Bowmar Nose Button had on arrow speed. If you want to watch the video on Bowmar Bowhunting’s YouTube channel, click here!

To get a baseline for speed, we took the average of three arrows we shot on a bare bow. For this test, we shot a Hoyt RX3. The draw of this bow was 27.5 inches and set at 70 pounds.

This averaged out to be 301 feet per second.

Next, I added a kisser to the bow, which gives a more solid anchor point. A negative effect of a kisser is anytime you add something to the string, the speed of the bow typically decreases. It could potentially add a little more noise and vibration as well. Let’s see how the kisser affects the speed of the bow using the exact same set up.

Lastly, I removed the kisser and added on the Bowmar Nose Button to see what kind of effect it had on arrow speed.

This averaged out to be 301 feet per second. Our bow speed increased back up to what the bare bow speed averaged.

It is really common to lose arrow speed when you add anything to the string. It is impressive to maintain arrow speed with the Bowmar Nose Button.

You can watch this full experiment on Bowmar Bowhunting’s YouTube channel!