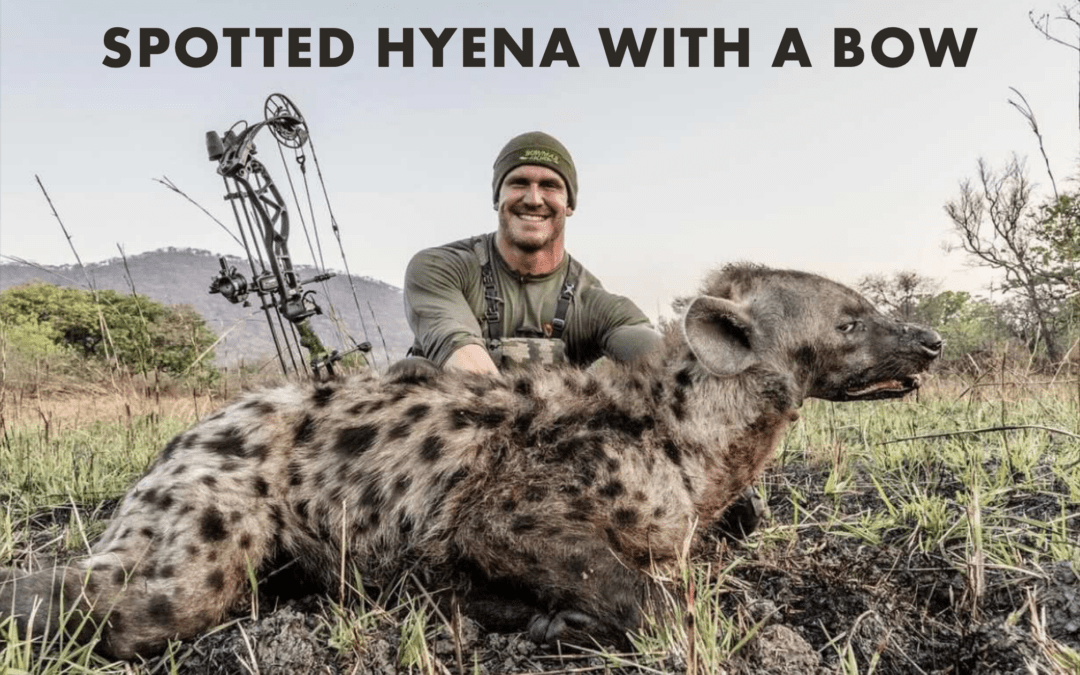 I am back again with an epic hunt story from our African safari trip. A savage beast has been slain with a bow – a spotted hyena! We had been sitting over bait trying to kill one, but these guys are completely nocturnal and we didn’t have any show up in daylight with us sitting there.

Since it’s illegal to hunt at night, our only chance was catching one in daylight over bait. However, I just killed my waterbuck, and we were heading to where we built the blind to put its guts. I was hoping that the fresh bait would give us the edge we needed.

To all of our surprise, on the drive in, we saw this giant hyena chilling in the shade staring at us! We were able to sneak into 35 yards and I went full draw, prepared to take the front shot he was presenting us.

But as I was anchoring my pin, he decided to take off. Still in full draw, I knew I would never get another opportunity like this, so I stayed on him. I was instinctually judging the yardage until he stopped at what I guessed to be around 62 yards. I held high and ran my shot.

We watched my arrow fly through the air as it absolutely smoked him. He ran for about 60 yards before he died. Hyenas are insanely special to me, so to shoot one with the spot and stalk is insane and I am very proud!