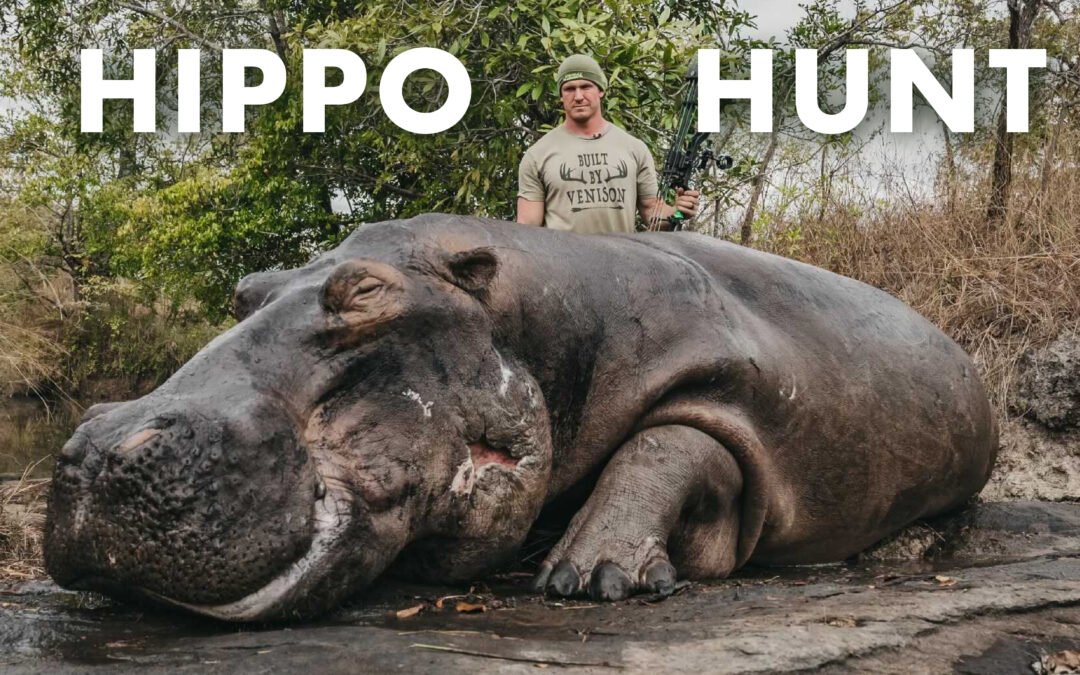 I am currently out in Tanzania on an epic safari hunt. We got it done in Tanzania! I was able to pull off a wild free-ranging monstrous hippo with a bow!

This hippo was an extremely old and aggressive bull, and by far the most dangerous animal I’ve ever hunted. When we saw him, he was literally twice the size of all the other hippos. Judging by all his scars and old characteristics, we knew he was a true ancient dinosaur past his prime. He was a perfect bull to try and hunt, but little did we know what we were up for. Over the course of three days, we tracked this one specific hippo for over 13 miles. The trackers were truly amazing to see the least, but his monstrous tracks stood out and made it easy to tell him apart from other hippos.

Little did I know what was in store when we took up his track. This bull was so aggressive and so dominant. When we got close, he fully charged us and tried to kill us. It was the most stressful situation I’ve ever been a part of in my entire life. He charged us five times.

Finally after three days, we caught a break. We found him in a pool of water that had a steep slope on one side and a gradual slope on the other creating a natural place where we knew he would come out of the water.

I realized once again why it is so incredibly important to have a spike hitting your nose to remind you of your form BEFORE YOU SHOOT. I was able to make a perfect heart shot on this beast running broadside at 15 yards.

I am very proud of this ancient old bull and getting this giant beast with a bow and arrow was an accomplishment of a lifetime. We got it all on video, so be sure to subscribe to our Bowmar Bowhunting YouTube channel. I can’t wait to share the entire story with you.