Josh Bowmar Shows you how to NOT Shoot your Release 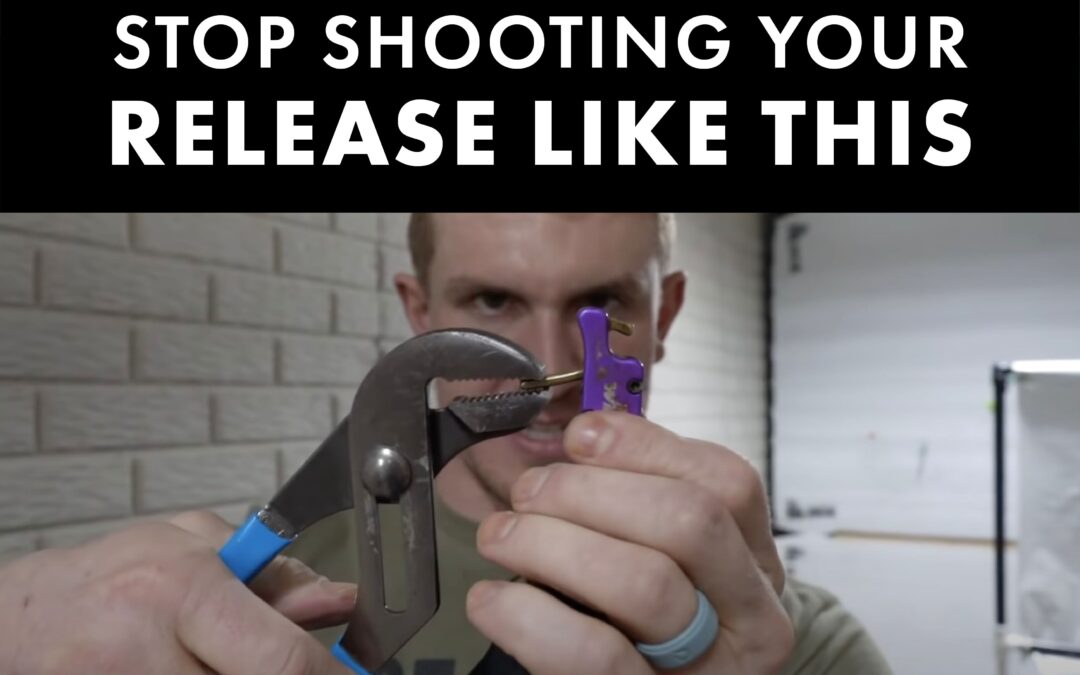 Today, I am going to show you how to make a Wiseguy Release better, and how to function a finger style release to shoot the most accurately and give you a surprise shot. The Wiseguy release is a nice release, my only issue with it is the design of the finger trigger. If I put the release on, the only way to fire this release is by using the very tip of your finger. When you use the very tip of your finger, you have to physically pull it, which develops target panic. If this happens to you, I get it – it used to happen to me too.

We are going to fix that issue today!

Let’s get started! All you need is a pair of pliers.

Take the pliers and grab the trigger like I show below. I grab the very tip of the trigger and bend it down. Now it’s a little better. I am able to get my finger into that deep hook, but it could be better. 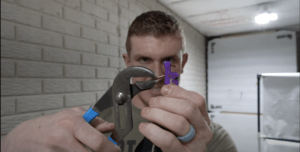 I open my pliers and then I will bend it down even more. The trigger was angled up before, but since I manipulated it to angle down, I am able to get my finger into that deep hook. The release still functions perfectly!

This is one of the only releases I know of that you can manipulate the angle of the trigger. When you pull the trigger, you want it to be a surprise. A surprise pull prevents target panic. Let me know if any of you guys give this a try. Follow along with my tutorial on my Bowmar Bowhunting YouTube channel.