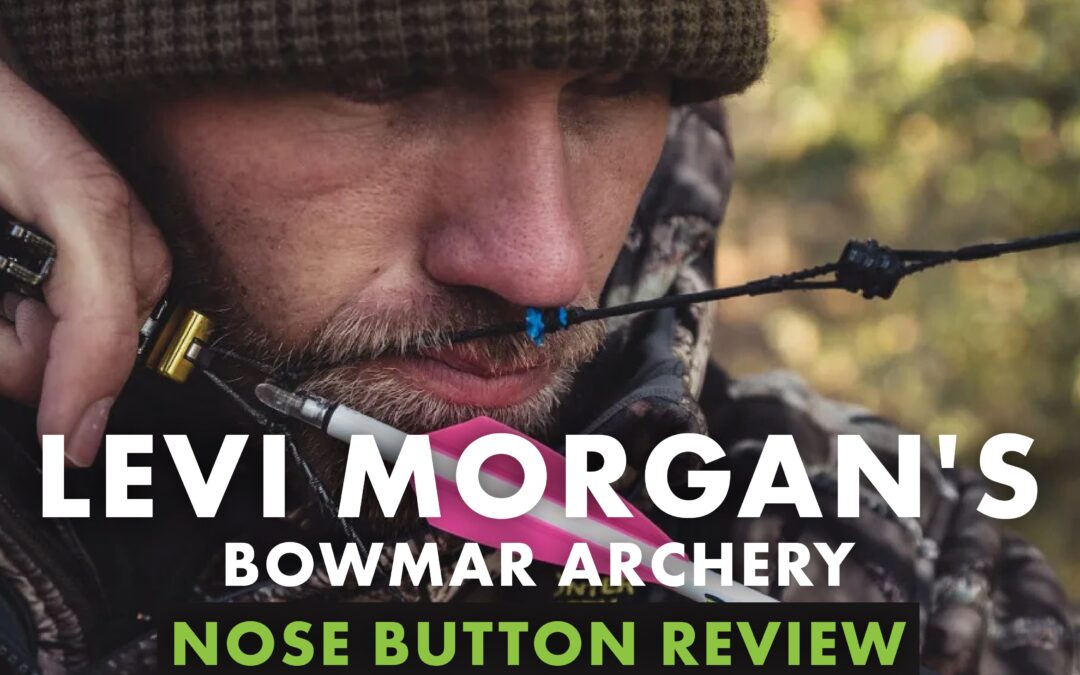 I am so excited because Levi Morgan, a 13x World Champion archer, gave his opinion on the Bowmar Archery Nose Button.

If you want to see the video of Levi Morgan reviewing the Bowmar Archery Nose Button click HERE to watch on the Bowmar Bowhunting YouTube channel. Off to Levi Morgan!

“Alright guys I want to talk to you about a little product that is simple, that my buddy, Josh Bowmar came out with.

I have been testing it for a couple years, and it made a really big difference in my shooting. This product is called the “Bowmar Archery Nose Button”.

A lot of people have shot with kisser buttons in the past, where you anchor in the corner of your mouth, but I’ve always felt like that wasn’t precise enough for an anchor. I’ve tied soft knots in for a nose button, because I think that the tip of your nose is the most consistent point of anchor that you can have.

The nose button is actually a kisser button for your nose. It has pointy spikes on it, so when you tie this on your string, you just touch one of the spikes to the very tip of your nose. You can be so much more precise with that than you can with your mouth. It has really made me more consistent and helped me stay in my peep better. I also don’t have to put any pressure on my string, which can lead to tuning issues.

On top of all that, it doesn’t change the speed of your arrow, whereas the kisser button is going to slow you down by five feet per second or more.

Check out the Bowmar Archery nose button! It has really made a difference in my consistency, in my anchor, and the whole nine yards!”

Thank you, Levi! Again, you can get your Bowmar Archery Nose Button HERE.