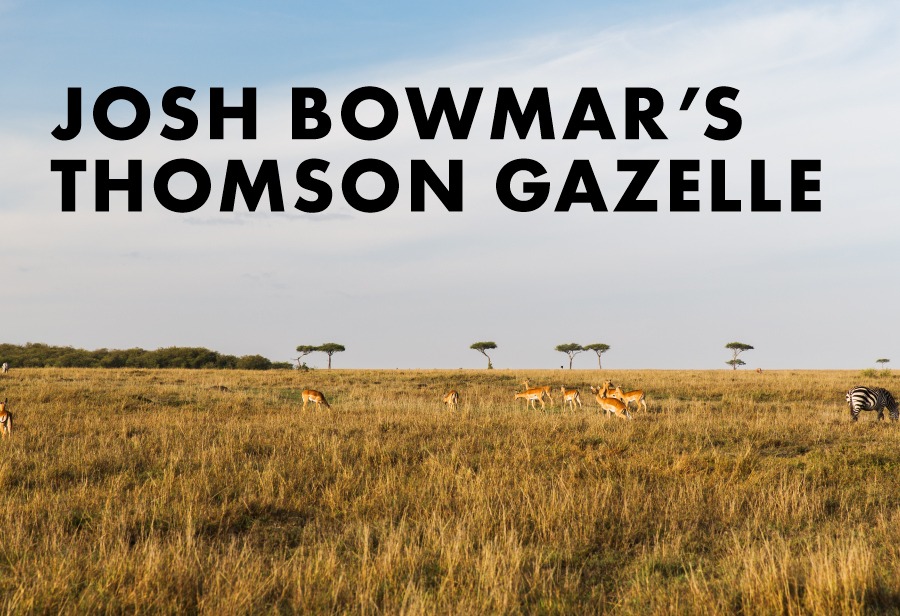 Sarah and I are still out in Africa on our epic safari hunt. I have been blessed with several animals knocked off my bucket list, the most recent being a Thomson’s Gazelle!

I shot a freaking beast of a Thomson’s Gazelle! These little antelope have the best, buttery flavored list you could ever imagine. Unfortunately for them, cheetahs have figured this out too. So over time, the “Tommies” have evolved to be extremely fast and they never stop moving. They are one of the fastest antelope in all of Africa, which creates an extreme challenge for any bowhunter to get close and get a shot.

All week, I had been looking for an old monster and finally at last light, we spotted this monster “Tommy” with some females. But like always, he never stopped moving. We tried to get close to the herd, but they just kept moving further away. This old beast was at the back.

We were following behind at 115 yards and our luck changed! He stopped to pee, and I knew this was my chance. I took off running and got to 86 yards, cranked my sight, and drew my bow all before he stopped doing his business.

He was quartering away with a slight cross wind. On such a small target, I knew I needed to be perfect. My pin settled to the middle and I cut it loose. He took off running and stopped at 96 yards. I already had another arrow knocked, drew my bow and put another one in him and smoked him again.

He took off sprinting full speed and didn’t make it far before he piled up. These African animals are honestly one of the toughest animals on the planet. I didn’t realize just how big he was until I got up to him and put my hands on him. After measuring him, it turns out he’s the 4th largest Thomson’s Gazelle ever killed with a bow!